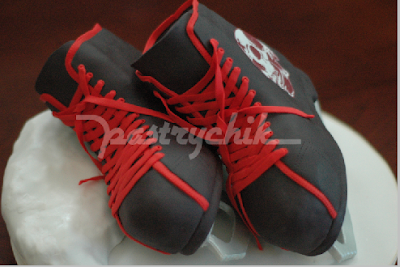 My dear cousin Sebastian turns 8 and loves ice skating. He celebrates his birthday at a local skating rink and I was in charge of making his cake.
This "cake" actually served more as a centerpiece. The boot is made out rice cereal treats covered with fondant. The skull on the side is an edible image designed by my sister. The cake that was actually served was a 10 inch round chocolate cake filled with vanilla and strawberry buttercream, which also had the skull. We also had 3 dozen red velvet cupcakes iced with cream cheese frosting. The kids wanted to cut into the skates but my aunt wanted to keep it so no cutting happened. 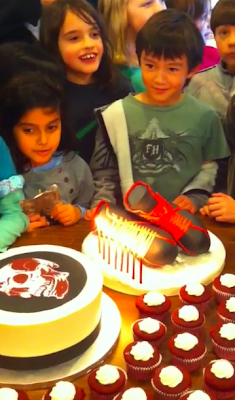