A very nice lady called me after my vacation from the Philippines. She apparently has left me a few messages while I was vacationing. She wanted a cake for his son turning 2. The party was going to be at Gymboree so she opted to do Gymbo the Clown who is the mascot of Gymboree. She provided me with the photo of Winter Gymbo and requested I replicate as close as I can in cake. Here's how it turned out. What do you think? 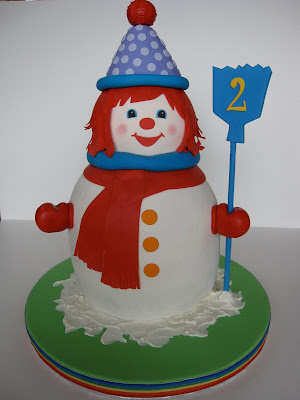 Posted by Pastrychik at 10:45 PM No comments: 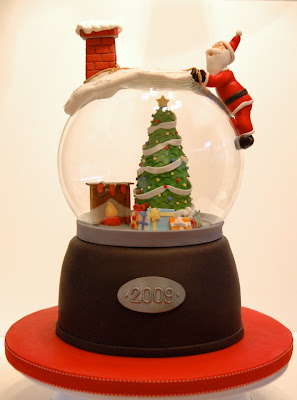 This Christmas, I was in charge of desserts for our family gathering. I decided to do a tres leches cake which is a family favorite, hazelnut "kitkat" bars (another family fave) and a christmas cake in fondant. I did want to do a snow globe fondant cake from the beginning but the design I had in mind was too much work for the time I had left so I decided to go with this. 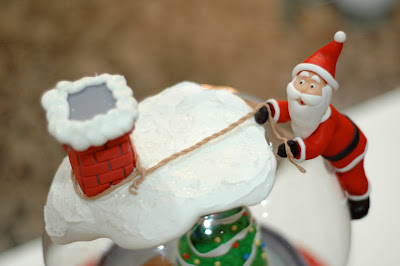 Santa hanging on...
The design is partly inspired by an actual snow globe I wanted to purchase. But since it's an unnecessary expense, I decided to just customize and make a cake inspired by it. The "globe" is a vase which I purchased in a local craft store. All decorations are made out of gumpaste. I had a lot of fun making this cake. I wish I had made Santa's bum a little bigger though! He was pretty lean. 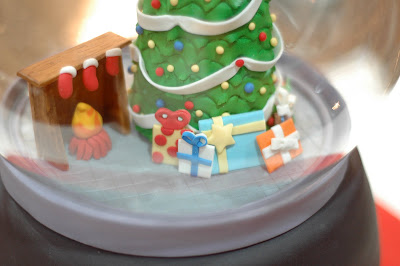 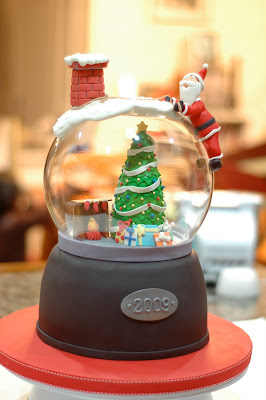 Another shot of the whole cake
Hope everyone had a great Christmas! And may you all have a happy and prosperous New Year.
Posted by Pastrychik at 9:38 PM 6 comments: 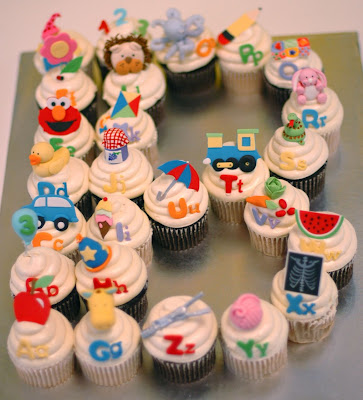 Last September, I made cupcakes for a baby Rebekah's naming ceremony. This time it's for her brother- Ben who is turning 3. The night before I got an email from Ben's mom, I was actually thinking if Ben's birthday has passed or not. It's just one of those things I remembered from one of the conversation with Ben's dad, Andy.
Ben loves the alphabet and he loves his name too! Particularly the letter B. So the theme for his birthday cupcakes were the alphabet and the B. His mom Julie requested that I form the cupcakes into the shape of a letter B as seen above. Unfortunately, the cupcakes moved during transport after pick up and they had to be brought back to all be re-iced and cleaned up. Lesson learned: never form them into something with space in between for transport. And cupcake boxes with holders are the way to go! 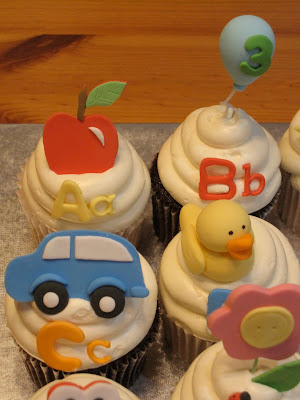 This shot by me. Pardon the bad lighting. 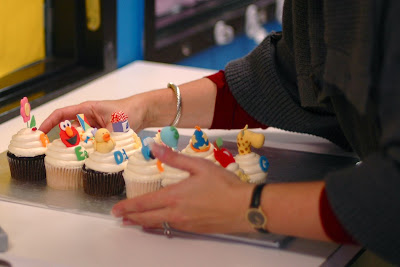 Julie arranging the cupcakes to form a letter B 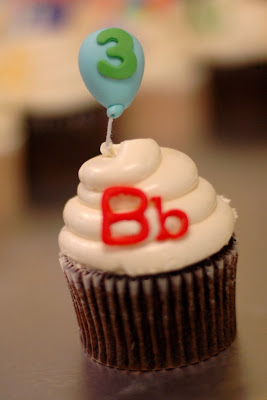 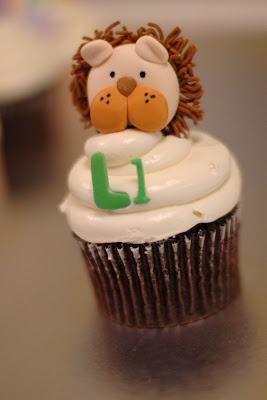 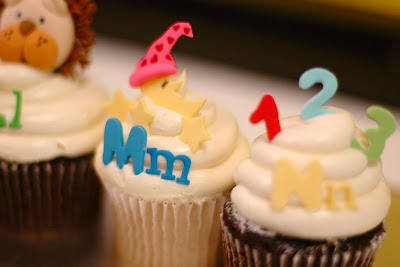 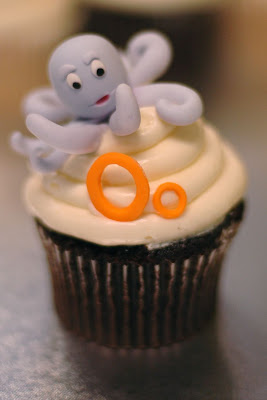 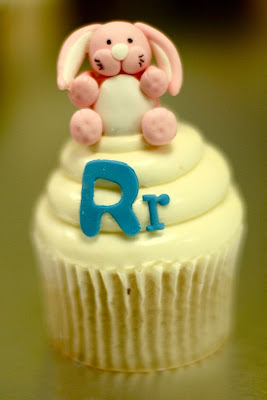 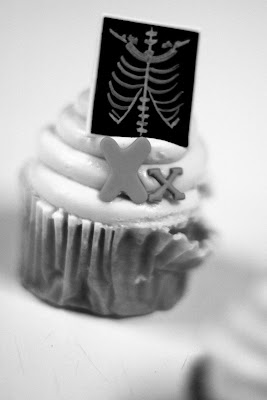 All photos except the second one above are taken by Andy at the party. Each and every cupcake had a different design representing each letter of the alphabet. They were quite time consuming but I was quite happy with the end result. My little girl loved them too!
Happy Birthday Ben! Thanks again Julie and Andy! Till next time :)
Posted by Pastrychik at 9:16 PM 1 comment: 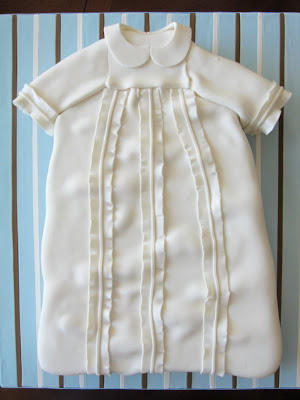 This is a replica of what baby Enzo wore for his Baptism. His mom requested a blue and brown background either in stripes or dots but went for the stripes. I decided to add a touch of white after seeing how nice a set of baby bedding with the same color scheme.
Not much to say about this cake :P Welcome to the Christian world Enzo!
Posted by Pastrychik at 3:39 PM No comments: 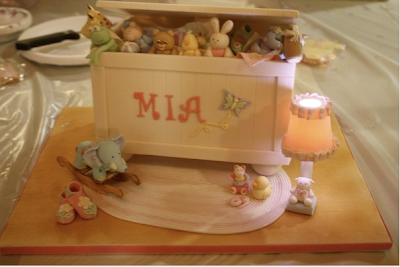 Just wanted to share with you all Mia's toy box cake with the lights on.
Happy viewing!
Posted by Pastrychik at 10:39 PM No comments: